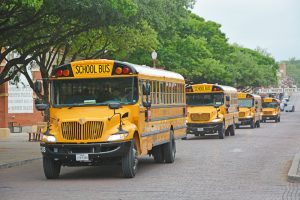 If Jose Mourinho ever needed to switch his career, he would have no problem in finding himself a job as a bus driver anywhere – parking a speciality. The 0-0 draw at Anfield proved – if proof were needed – that the Portuguese manager is a master in the defensive art. At least Gerrard did not trip up over his bootlaces this time to hand all three points to the darker arts.

The game served to temper optimistic thoughts that Liverpool might cost their way to the title, and that United were there for the taking. In truth all such title speculation is premature. As mentioned in an earlier column, the title race does not warm up properly until after Christmas. A swift glance at the table will show that only two points separates the top four (at time of writing), with Mourinho’s team a further three points adrift.

What the Monday night game highlighted was how difficult it is for one team to break its opponents down when it only has one thought in mind – not to be beaten – especially when the team trying to win is lethargic in its approach play. However, Liverpool are allowed an off day, and picking up a point at home against their oldest rivals is not the worst result. After all United have done the double over them for the past two seasons.

It also served to demonstrate the red half of Manchester’s lack of cutting edge. Rooney is looking much older than his years, Ibrahmovic wasted another gilt-edged chance – apparently he has missed more clear opportunities than anyone else in the Premier League – and Rashford is looking lost on the right wing. For all Pogba and Felliani’s hustle and bustle – more of the latter than the former at Anfield – the team seems to be overly reliant on Mata’s finer arts. Surely the game wouldn’t have been so dire if the Spanish wizard had been on the pitch.

Creativity is something that the other side of Manchester has in abundance – although perhaps they need to brush up on their penalty taking skills. But dropping five points away at Spurs and home against Everton, while no disaster, suggests that Pep’s honeymoon might be over. Let’s hope not. From an outside perspective it’s far more pleasing to watch Pep talk than José moan, both on and off the pitch.

With Arsenal and Spurs on the surge, and talk of Conte’s early Chelsea bath proving premature, the capital is well-placed to challenge the northwest giants for this year’s trophy. However, Leicester’s poor start makes a repeat of last year’s fairy tale most unlikely. Although with three wins out of three in the Champions League, perhaps there is a second act in store for us played out on an even greater stage.