To Cook A Spider (extract) 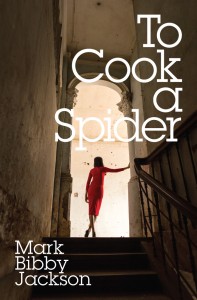 Read the opening of To Cook A Spider, the debut novel by Mark Bibby Jackson, available at Monument Books in Cambodia and at Amazon.

“Boss, you better get here.”

Major Sorn Satya immediately recognised the curt voice of his infuriating sergeant Vuthy. There was something about his junior colleague’s obsequious tone that cut him through to the quick, especially at six o’clock on a Monday morning.

“Why are you ringing me at this time, sergeant?” Unlike most of his compatriots Satya had never taken to the habit of waking as the cocks started crowing. He just managed to make out the time on the digital display of his now redundant bedside alarm clock.

“It’s a barang, boss,” Vuthy replied. The sneer implied in the word that all Cambodians use for a foreigner was clear.

“And what is this barang doing?”

Normally wild water buffaloes couldn’t drag Satya from his house at such an hour of the morning. “Where exactly is this dead barang?”

However, it was not every day that a dead foreigner turned up on your doorstep. Well, not in provincial Battambang at any rate. When he had served as a criminal inspector for the National Police in the capital Phnom Penh, Satya had seen a few in the morgue. Mainly they had died from drug overdoses, or been involved in a traffic accident having drunk too much. But this one had apparently found his way to the floor of the inspector’s favourite restaurant before dying. Satya could still remember the pumpkin brulée he had shared with Chantha while celebrating their twenty-fifth wedding anniversary a couple of months ago. And to think that a dead man – foreign or not – was now polluting those sacred floorboards. It was an affront to his sensibilities.

“Okay. Send the car around, Vuthy. Don’t touch anything until I get there.”

“Of course, boss.” The slight hesitation before Vuthy’s response was all Satya needed to realise that his subordinate had already rifled through the dead man’s pockets. He just hoped that by the time he arrived at the scene, Vuthy would have put the evidence back where he had found it. Satya was under no illusion as to whether dollar notes constituted “evidence” in Vuthy’s mind.

The inspector had not been long in Cambodia’s second city. He still found it too provincial. But it was a promotion he literally could not refuse. His chief of police in Phnom Penh had made that abundantly clear when he gave Satya his last and final – the unnecessary adjunct his superior’s – dressing down in the beer garden just around the corner from their office.

At first Satya thought his commanding officer had shown surprising tact – a word he had never previously associated with his supposed superior – in terminating their professional relationship away from his team. It was only upon his return to the station that Satya realised the choice of venue was more due to the chief’s office being used for a poker game, no doubt with the commanding officer taking a cut. This also, at least partially, explained why the chief had remained at the beer garden long after he had informed Satya that his services were no longer required. Turning a blind eye was a phrase that readily translated into the Khmer language.

Satya’s problem was that, unlike all his colleagues, he refused to take a bribe. This act of virtue had turned him into a pariah in each of the three stations he had served in the capital. It also meant that all his colleagues had ultimately refused to go out on call with him. Not that Cambodian policeman went out on duty that often, unless it was to hang around on street corners waiting for motorcyclists to take illegal turns for which they would be fined the price of a packet of cigarettes or can of beer.

It wasn’t that Satya objected to his colleagues taking money. He understood full well that they could not survive on their salaries alone, but he could. His father had crossed the border with the Vietnamese to help drive the Khmer Rouge from power. Once the barefooted Vietnamese soldiers had begrudgingly left the country, Satya’s father was handed a senior position in the Interior Ministry; something akin to being granted a licence to print money. Each morning Satya would wake to find the grandiose entrance hall to the family home, with its lengthy mural of Angkor Wat embossed in gold, already full with men waiting, bundles of $100 notes at the ready, just to get his father’s ear.

The money had paid for Satya’s education in Australia. Upon his return, it was generally assumed that he would follow his father’s muddy footsteps into the world of politics. But Satya had surprised them all by declaring he was going to join the police force, an institution most Cambodians held in utter contempt. By so doing, he had chosen a career path for which his wanton determination always to do the right thing – something Satya’s father blamed on the child’s mother – had made him particularly ill-suited.

Satya’s father was left to rue the insatiable diet of Agatha Christie novels his wife had fed her child when his son should have been out playing football like most boys. Since that day, Satya had never failed to disappoint his father.

“It’s at the back of the building, boss.” His sergeant was waiting for him on the driveway. Unlike most Cambodians, Vuthy preferred to get straight to the point. It was his only redeeming feature in his commanding officer’s opinion.

Vuthy led Satya through the colonial building to a conservatory at the rear of the property.

Satya did not need his sergeant to point out that the body laid sprawling under the glass roof was the dead barang. The pool of blood seeping from a wound in his chest close to the heart was a dead giveaway, even to someone who had not received his police training in Singapore.

Vuthy handed him a gun that was clearly a replica.