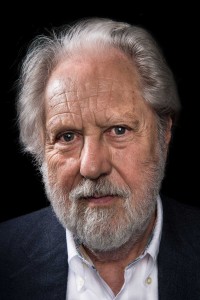 David Puttnam is a self-confessed optimist; a quality he believes stood him in good stead in his successful career as a film producer. “People have got to believe in something,” he says. “It’s like movies. Midnight Express would not have been the success it was if he hadn’t got out of prison. Chariots of Fire, no one would have gone to see it if he had come second. Human beings need hope.”

However, in adopting the same positive attitude to his current role as the UK Prime Minister’s Trade Envoy, now Lord Puttnam of Queensgate, he has received some scathing reviews.

“A Little Knowledge is a Dangerous Thing,” led a piece by veteran correspondent James Pringle published in the Cambodia Daily, advising Lord Puttnam to “go back to the House of Lords and maintain silence on matters such as the present political situation in Cambodia, and the foreign journalists here, of which you have, at this date, so little knowledge.”

It is back in the House of Lords after a tour of Cambodia, Laos and Vietnam that Lord Puttnam has agreed to meet me. We immediately discuss that article.

“Essentially what the Cambodia Daily took me to task for was being naïve,” he says. “My counter-argument is, I may well prove to have been naïve, that may well be the judgment of history, what would be the point of me being a cynic now? I might save myself a bit of embarrassment, but I won’t have achieved anything.”

In this world of self-serving politicians, Lord Puttnam comes across as someone who puts concerns for the common man ahead of any personal glorification. And he believes in the new breed of politicians he has met on his travels.

“If you have hopes for a country, you look for the positive,” he says. “It so happens I have been working with a couple of, and now a third, relatively young ministers who I really took to. They are the kind of people if they were working anywhere else in the world I would like to work with. I think they believe in their country, and I think they believe in the same sort of things I am motivated by.”

Based on his 40 years’ experience of doing business in Asia, Lord Puttnam sees his current role as that of opening doors. “I’m not a salesman; that’s not what I do,” he says. “What I try to do is create relationships, build trust. Off the back of that, if you have got nations that trust you, they are that much more likely to do business with you.”

Lord Puttnam believes that all four countries under his remit have distinct journeys to make with their “own quite specific challenges.” Vietnam needs to work out its relationship with China, while sandwiched between China and Thailand, Laos finds itself potentially as a “major transport point, for both railways and roads.”

Although he is concerned about the possible environmental consequences of Laos’ development, he has been encouraged by his discussions with government ministers. “I’ve had more interesting conversations in Laos about environmental protection than I’ve had in any of the countries,” he says. “They are aware of the problems.”

Myanmar he admits is a “longer-term project” than he initially realised when he first visited the country. “I think it is a country that will make it, but its journey is more complicated than the other three countries,” he says.

However, it is Cambodia, the country of his 1984 film The Killing Fields, that holds a special place in Lord Puttnam’s affections. Here, he sees the UK’s expertise in branding as playing a best supporting role in the country’s continuing economic development.

“Branding is merely the process of adding value to what within Cambodia is already excellent,” he says. “The question is, ‘what products do we have that are exceptional, and how do we prove to the rest of the world that they are exceptional?’ We [UK companies] are really, really good at it [branding].” Cambodian rice and pepper are two products he mentions that are excellent.

He further believes that the UK’s branding expertise can benefit service-orientated industries such as tourism as much as agricultural products. “If you add value to the tourism experience, the net into the nation is significantly more,” he says. “If you can bring in tourism at a reasonable volume that spends five times as much [as backpackers] on the experience of being in Cambodia, in terms of the Cambodian economy it’s an enormous boost.”

He cites Luang Prabang in Laos as a prime example of a place where premium tourism can sit side-by-side with a budget backpacker experience. “You don’t have to lose one to gain the other,” he says.

Unsurprisingly, Lord Puttnam remains positive about the future for the country and people he loves. “Cambodia has this stark vision of where it doesn’t want to go – Heart of Darkness – that’s not a bad place to start from,” he says. “I think that Cambodians want to be the creators of something that is better, but maybe I am just a cock-eyed optimist.”