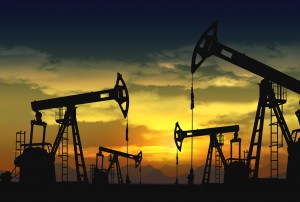 At the Greater Mekong Investment Forum in Bangkok, experts agreed that Myanmar is not a country for those with short-term vision. BY MARK BIBBY JACKSON

Aesop’s fable of the tortoise and the hare is one that potential investors to Myanmar could do well to note. Those looking towards the frontier ASEAN nation for speedy returns might be better served adopting a more tortoise-like approach. This was the advice given by speakers at the fourth Euromoney Greater Mekong Investment Forum, held at the Centara Grand, Bangkok on May 28.

“This market needs patience,” said Josephine Price, director of independent investment and advisory group, Anthem Asia. “On a patient long-term capital basis it’s the right place, which is why I am there, but on a short-term speculative basis, it is not the right place. You have to know your market.”

Martin Yeo, co-founder of independent private equity fund management company, Golden Rock, agreed. “If you take a long-term view towards Myanmar you definitely will find investment interest out there,” he said, adding that it is equally important to find the right local partner.

Sage advice maybe, but one that is going unheeded.

According to the state-run Myanmar Investment Commission, Myanmar received $8.1 billion in foreign direct investment (FDI) for the fiscal year 2014/5, against a target of only $5 billion. And the trend is continuing to spiral. “The most recent figures for the first quarter [of 2015] show another big leap,” Gwen Robinson, chief editor of the Nikkei Asian Review informed the panel. “So clearly there is a lot of interest, and actual money being committed.”

However, this investment, or at least the investment that bears fruit, is sector-specific, with most focused on telecoms, oil and gas, and real estate. “Myanmar cannot absorb large funds of capital [outside of these sectors],” claimed Price, adding that the country was “now starting to come to the end of that frothy stage when the cowboys stand around the bar. The froth has gone from the market, and we are in to a very good and serious stage.”

Undoubtedly the task facing Myanmar is huge. Whereas other nations have implemented social and political change based on a sound economic foundation, Myanmar is embarking upon a transient political process from the economic wilderness. In 2014, the country’s per capita GDP stood at $1,221, placing it near the bottom of ASEAN.

“We should not underestimate the challenge that this country took on when it decided to reform politics and its economy at the same time,” said Price. “China did not do it; Vietnam did not do it.”

Production is not the only area where the country lags behind the rest of the region. Internet usage is the lowest in ASEAN, power costs are high, infrastructure is lacking, doing business is a complex process, and the banking sector is arcane.

Meanwhile, those companies electing to invest in Myanmar face the possibility of a public relations nightmare back home.

“The most important decision that Myanmar has to make in the next six months is setting its minimum wage,” said Vicky Bowman, managing partner for the Myanmar Centre for Responsible Business and former UK Ambassador to Myanmar, explaining that most FDI approvals going through the Myanmar Investment Commission are in the garment sector.

“The sort of big brand names that are starting to source from Myanmar like H&M and Gap are very concerned not to be seen to be benefitting from exploitative wages,” she said. “They want the government to do the right thing in terms of setting a living wage, but equally they don’t want it to go so high so that it starts to become uncompetitive.”

Bowman added that companies are also being squeezed by factors such as high energy costs and low productivity, with garment sector workers in China an estimated four times more efficient than in Myanmar.

With so many obstacles to overcome, you might be forgiven for wondering why so many countries are queuing up to invest in the frontier market.

The answer can be found in the enormous growth that other ASEAN countries such as Thailand and Malaysia have experienced in recent decades. The potential for investors is there. It’s just that the journey might be longer and bumpier than some initially realise.

Price advised the government to adopt a steady approach. “Go slow and join up the dots,” she said.

Like Price, Christoph Steinwehe, the CEO of consumer goods distribution and marketing company, Loi Hein Group, cautioned the government against moving too fast. “I think the government is wise to heed advice to slow down and make sure it gets the reforms right, even if it takes a little bit longer,” he said. “A measured transitional period is very much in the interests both of the politicians and the economy.”

But, ultimately there is a certain limit to what politicians can do. “For the majority of the people, it’s going to be what private industry does to improve their daily life,” Steinwehe added.

November 8 could trigger another surge of investment. A peaceful election process, as much as the result itself, would renew investor confidence, although full results are unlikely to be known until as late as February 2016.

“All eyes are on the upcoming elections later in the year,” said Yeo. “There’s a lot of FDI waiting on the sidelines; they just want to see what happens. If everything goes smoothly, I expect to see a flood of capital coming into Myanmar in the coming years.”

Quite how prepared Myanmar is for another investor gold rush is a moot point. Stand by for bumping into a lot of disgruntled hares.